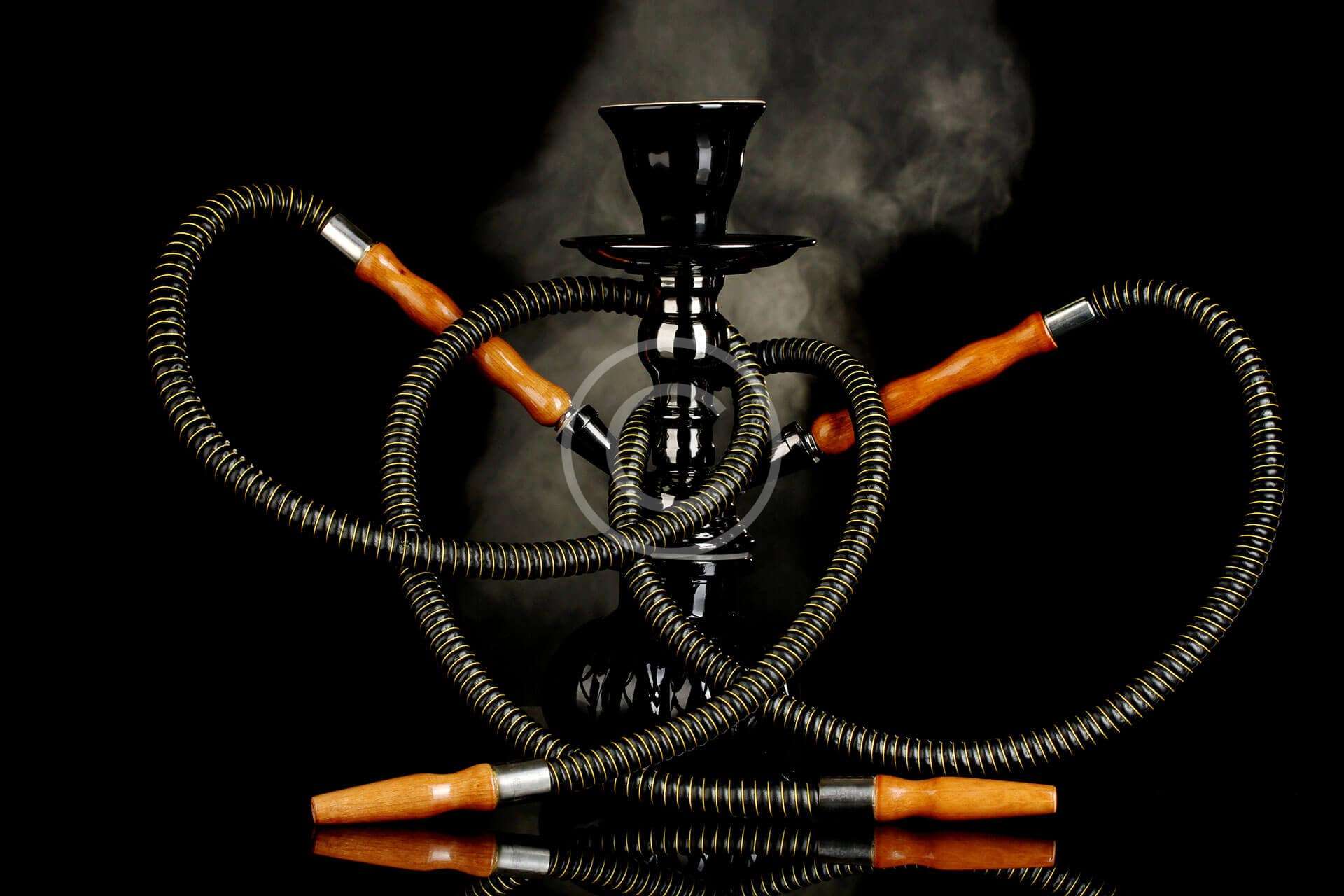 A hookah (Hindustani: हुक़्क़ा (huqqā) (Devanagari), حقّہ (Nastaleeq), IPA: [ˈɦʊqːa]; also known as the qalyān (Persian: قلیان‎) or Shisha, is a single- or multi-stemmed instrument for heating or vaporizing and then smoking either tobacco, flavoured tobacco (often Mu‘assel), or sometimes cannabis, hashish, and in the past opium. The smoke is passed through a water basin—often glass-based—before inhalation.

The health risks of smoking through a hookah include exposure to toxic chemicals that are not filtered out by the water and risk of infectious disease when hookahs are shared.

There are two theories regarding the origin of the hookah. The first is that following the introduction of tobacco to medieval India by the Jesuits, and since then tobacco use became widespread. The hookah or waterpipe was invented by Abu’l-Fath Gilani, a Persian physician of Akbar, in the Indian city of Fatehpur Sikri during Mughal India; the hookah spread from the Indian subcontinent to Persia first, where the mechanism was modified to its current shape, and then to the Near East. Alternatively, it could have originated in the Safavid dynasty of Persia, from where it eventually spread to the Indian subcontinent.

Despite tobacco and drug use being considered a taboo when the hookah was first conceived, its use became increasingly popular among nobility and subsequently widely accepted. Gradually, burned tobacco has been commonly replaced by vaporising flavoured shisha. Still the original hookah is often used in rural South Asia, which continues to use Tumbak (a pure and coarse form of unflavored tobacco leaves) and smoked by burning it directly with charcoal.[18] While this method delivers a much higher content of tobacco and nicotine, it also imposes more adverse health effects compared to vaporized shisha hookahs.

The word hookah is a derivative of “huqqa”, a Hindustani word, of Arabic origin (derived from حُقَّة‎ ḥuqqa, “casket, bottle, water pipe”). Outside its native region, hookah smoking has gained popularity throughout the world, especially among younger people.