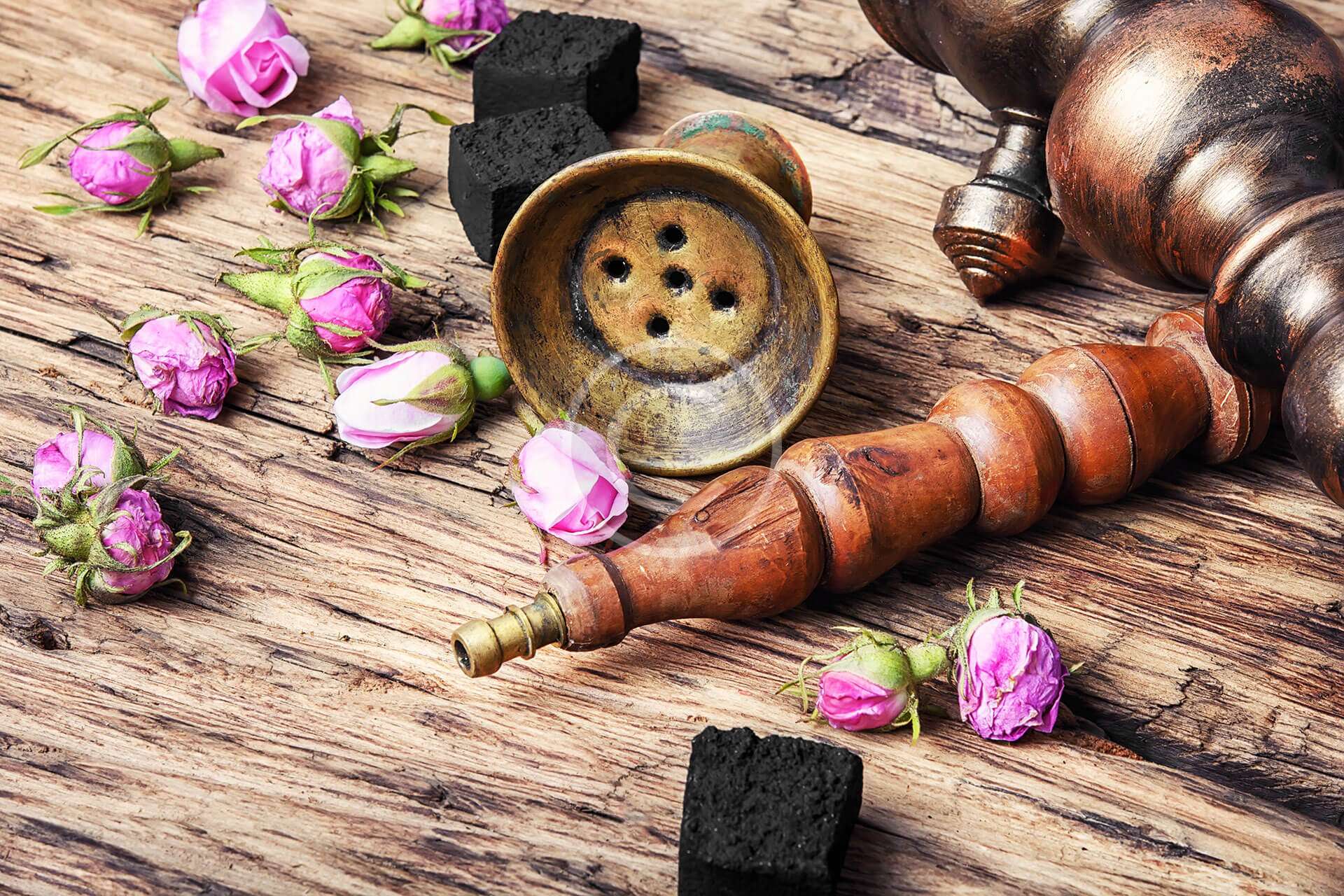 Parts Of A Hookah

The hookah bowl is one of the most and important main parts of a hookah in order for you to be able to use your water pipe / narguile properly. The hookah bowl (also know as the hookah head or shisha head) is what holds your shisha tobacco in place in order for you to be able to smoke your hookah shisha pipe. The majority of hookah bowls are generally manufactured out of clay but now in our modern age, we have plenty of different types of hookah bowls made of various materials to choose from. Some of the various type of shisha bowls include metal hookah bowls, clay hookah bowls, silicone hookah bowls & on so on. There are also different styles of hookah bowls that are shaped and designed differently from one another. The 2 major styles of shisha heads are Phunnel bowls & Egyptian Clay bowls. Below are a couple of images illustrating the main differences of these two types of bowls. As you can see the internals of these hookah accessories are different in design. The phunnel bowl contains only one large and internal air vent which is raised while the Egyptian clay hookah bowl contains multiple air vents in the centre of the structure itself. The hookah tray is another part of the hookah pieces that are vital for your hookah pipe. The hookah tray is what protects your surroundings when smoking shisha and also acts a charcoal holder throughout your session. The hookah tray firmly sits underneath the hookah head on the shaft of your hookah stem. Hookah trays can come in various shapes and designs but their main functionality is to play a role in preventing lit hookah coals from falling onto your ground. As funny as it may seem, this is probably one of the most important of shisha parts that will end up saving you money in the long run by helping you prevent spending additional funds on replacing carpets or furniture. Modern hookah trays nowadays also may include lifted carriers to help your hookah coals breathe and prevent them from blacking out. The hookah stem (hookah shaft, hookah pipe, argila hookah) is basically the centre piece of your hookah bong and obviously the main functioning hookah part for your complete hookah setup. The hookah shaft is what connects all of the pieces of the puzzle together. The top part of your hookah stem is called the bowl port where your hookah bowl sits atop firmly. The bowl port is basically the main entrance of where your shisha flavoured smoke travels down from. The shisha stem sits on your hookah base to be held upright and vertically.

The stem also has two other ports that sit at the chamber section of your stem (part that sits on glass base) that help make your shisha pipe function. The first port on the pipe chamber is the hose port and is where your hookah hose is gripped and placed firmly. This port allows you to inhale smoke through your shisha hose which is obviously the reason as to why were going through this entire process! The other chamber port which is typically on the opposite side of the hose port is called the purge valve port. The purge valve port typically holds a ball bearing internally and plays two roles for your hookah setup. The first role of the smoke valve port helps enable you to restrict air from entering your pipe which then allows you to generate smoke from your hookah bowl into your base and out into your hose when inhaling. The second role of the purge valve port is to release smoke when purging air into your hookah stem. Purging your hookah stem will help release stale smoke from your hookah base so that you can maintain your session to your liking.

The final part of the stem is the bottom shaft which sits directly into your hookah base and about an inch into your water level. The bottom part of your hookah stem is what helps leads your smoke from your bowl into the water of your hookah base for filtration. The bubbling affect when inhaling is actually the process of the smoke being generated into the base and out of the hose port. The hookah base (aka, hookah vase, hookah glass, hookah jar) is another important part for your hookah pipe for obvious reasons. The hookah base is what holds your entire setup together and is essentially the carrier of your shisha smoke. A base is vital for your water pipe as it carries the hookah stem, hookah tray and hookah bowl upright. When smoke is generated, the base preserves it and allows the smoke to travel out into your hose port. Hookah vases also allows your stem to filter out harmful particles when smoking. This shisha part is fairly simple and the easiest to explain for obvious reasons. The hookah hose is the part that you carry in your hands and inhale smoke from. Its main purpose is to transfer your shisha smoke into your lungs when inhaling. The hookah hose parts are held by the hose port on the hookah stem.

There are multiple and various types of hookah hoses that are manufactured in todays industry. Hookahs hoses are usually designed out of fabric and are included with most hookah setups. Traditional hookah hoses are non washable therefore individuals tend to change out their hookah hose to modify their pipe. The most common one used and upgraded to nowadays is the silicone hookah hose which is also considered to be washable due to the material used to manufacture. Silicone hookah hoses come in different shapes and sizes by various brands. Most modern hookahs include a silicone hose whereas traditional hookahs include a non-washable hose.

The hookah grommet is the final important piece for your shisha pipe to function properly. Hookah shisha grommets are designed so that they grip your hookah parts together firmly and create an air tight seal. Grommets are required so that air does not enter your hookah bong and allows for smoke to being generated and transferred throughout your shisha setup. There are three types of grommets or hookah seals.

The second hookah grommet is the bowl gasket which allows your shisha bowl to sit firm atop the bowl port of the hookah shaft. Ensure that the hookah bowl grips firmly onto the bowl port and fits inside of the bowl for an air tight seal.

The parts of a shisha pipe we discussed today are all very important as they each play an individual role to help generate shisha smoke for a proper session. We hope this post helped you learn about all of the different hookah accessories and components required to use a hookah properly. If you enjoyed this post, please share this post on social media with your friends and fellow hookah smokers!